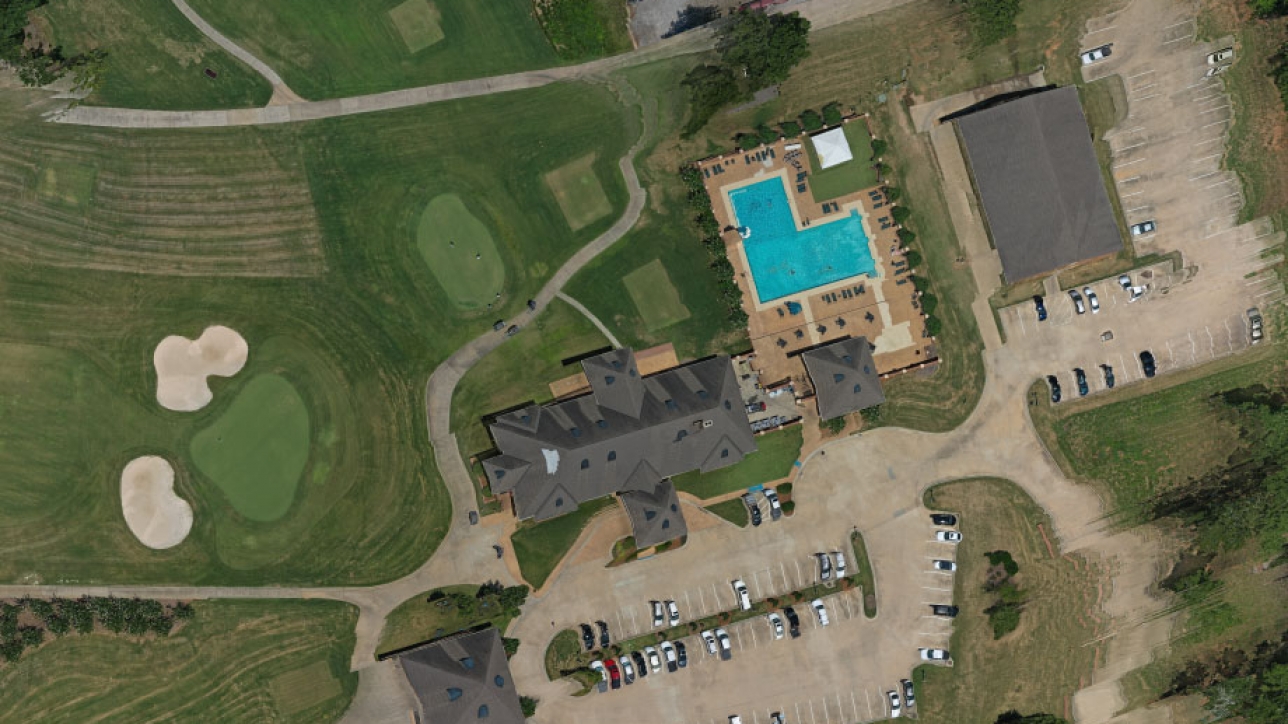 An orthomosaic map is an up-to-date high resolution aerial map from the top down similar to what you would find using Google Maps or Google Earth, but with much higher resolution. Here is a map captured last year August 2020 of the clubhouse at the Brickyard Golf Club in Macon, GA.